Some days ago I read that after the election of Donald Trump as President of the United States, George Orwell’s novel, 1984, has become a bestseller in USA and is listed among the top-sold books in Amazon. People reading Orwell is superb but the dystopia presented in 1984 is closer to last century totalitarianisms than to the current political and social situation. There are really lots of similarities, but to understand the future we should understand first the past, and undoubtedly we should start in the 90’s to face the economical, social, moral and even anthropological severity of Wall Street golden age. And to get a clear picture of that, the best option is American Psycho. This text is known by Christian Bale’s role in the homonymous film, but it is necessary to turn to the book to avoid the visual pomposity and focus only in the background of the story.
(Spoiler alert! – sorry, I hate this but is really necessary)

I’m leaving apart the gore storyline, containing some extreme descriptions of insane and bloody abnormal sexual activities, and without deeply analyzing the character as a serial killer, I am going to focus on the yuppie gang, these high level executives sickly obsessed with money, fashion (not really just fashion but being fashionable), women (showpiece women) and sexual and gastronomical opulence. Their arrogance, their cruel greed, their scorn to all out of their social circle, their racism, their misogyny, their total stupidity become clear in each of their dialogues.

The novel, first person narrated by the main character – Patrick Bateman -, is a never-ending dialogue about meals, clothing and descriptions of high social and economical value objects. The bunch of high level Wall Street executives being shown in the book live in a world disconnected to social reality around them: they enjoy humiliating beggars as they consider them scum (“I pass an ugly, homeless bum – a member of the genetic underclass -“), they consider women just as a visual (“there are no girls with good personalities”) and sexual delight (“The only reason chicks exist is to get us turned on”) and their unique social goal is to be seen in expensive restaurants and exclusive clubs where they arrive in big limos to pretend higher purchasing power. Their lives are a continuous comings and goings to and fro work, gym, restaurants, clubs and parties “bathed” in cocaine and tranquilizers.

Bateman, getting to the point, is a maniac of Donald Trump (“If […] it is okay with Donny, it’s okay with me”). Trump was on those days a businessman living between full success and bankrupt, promoter of presumptuous buildings, casinos, resorts and Miss Universe contest (with the correspondent polemical behaviors and comments). Trump is the idyllic image for Bateman: a pompous American businessman that flaunts a high economical and social level, egomaniac (just take a look to its buildings’ names – Trump Tower , Trump Place, Trump Shuttle – and enterprises – Trump Organization -), surrounded by beautiful people and dating pretty models and actresses.

The racist, supremacist, imperialist and economically cruel politics Trump pretends to develop as President of the USA are the result of that rotten society that ended up in a stock-market excessive power where Wall Street was GOD and that turned into the biggest economical crisis ever seen.

Read American Psycho. Suffer with this cruel, disgustingly realistic, visually uncomfortable and spiritually heartbreaking tale. And check out where we come from.

That dust began this mud. 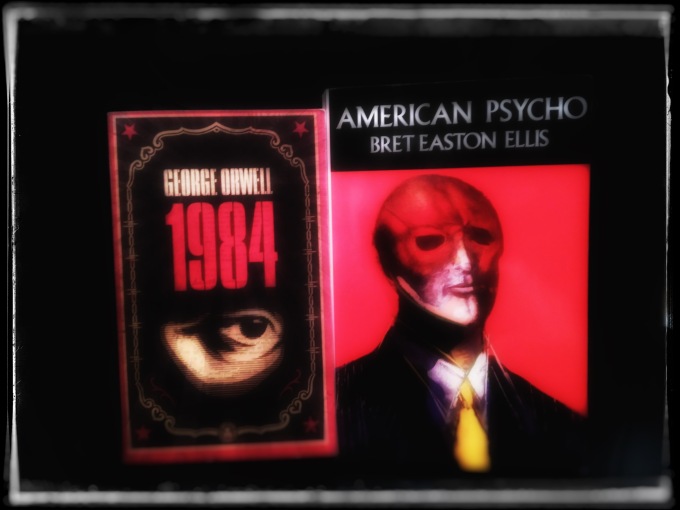